Christmas is less than a month away and what are you going to buy for your friends and family. We all are in tough times with money and I want to try and help. I have set up an Ebay account and for now I am selling movies cheap. I set up a page on my blog to let everyone know what I am selling. If you are looking for anything ask me. I might have it and be willing to sell it at a fair price. Here are a few movies that I recently added to Ebay. 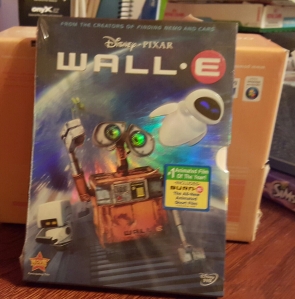 The highly acclaimed director of FINDING NEMO and the creative storytellers behind CARS and RATATOUILLE transport you to a galaxy not so far away for a new cosmic comedy adventure about a determined robot named WALL-E. After hundreds of lonely years of doing what he was built for, the curious and lovable WALL-E discovers a new purpose in life when he meets a sleek search robot named EVE. Join them and a hilarious cast of characters on a fantastic journey across the universe. Transport yourself to a fascinating new world with Disney-Pixar’s latest adventure,

now even more astonishing on DVD and loaded with bonus features, including the exclusive animated short film BURN-E. WALL-E is a film your family will want to enjoy over and over again.

Here’s the pie couldn’t see in theaters! This special unrated edition of American Pie 2 is the comedy hit you’ll want to watch again and again! The characters you love are back! One year after the prom-night misadventures immortalized in American Pie, the entire gang has reunited for the summer. Now, an innocent-looking beach house will be transformed into the ultimate party central. Five guys will discover the powerful bonds of friendship…and Super Glue. Five girls will explore the mysteries of love…and the Rule of Three. And from late-night band camp encounters to some very accommodating next-door neighbors, this will be one summer vacation none of them will ever forget!

When his top-secret mission is sabotaged, James Bond (Pierce Brosnan) finds himself captured by theenemy, abandoned by MI6 and stripped of his 007 license. Determined to get revenge, Bond goes head-to-head with a sultry spy (Oscarr winner* Halle Berry), a frosty agent (Rosamund Pike) anda shadowy billionaire (Toby Stephens) whose business is diamonds but whose secret is a diabolical weapon that could bring the world to its knees! Bristling with excitement and bursting with explosivespecial effects, Die Another Day is an adrenaline-pumping thrill-ride with “stunts and non-stop action [that] will astonish you” (Jeffrey Lyons, WNBC-TV)! *2001: Actress, Monster’sBall

A world of the very near future in which cattle, fish and even family pet can be cloned. But cloning humans is illegal — that is until family man Adam Gibson comes home from work one day to find a clone has replaced him. Taken from his family and plunged into a sinister world he doesn’t understand, Gibson must not only save himself from the assassins who must now destroy him to protect their secret, but uncover who and what is behind the horrible things happening to him. 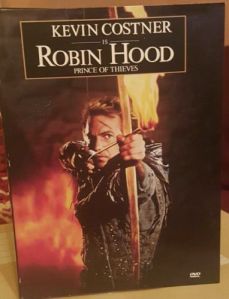 Nobleman crusader Robin of Locksley (Kevin Costner) breaks out of a Jerusalem prison with the help of Moorish fellow prisoner Azeem (Morgan Freeman) and travels back home to England. But upon arrival he discovers his dead father in the ruins of his family estate, killed by the vicious sheriff of Nottingham (Alan Rickman). Robin and Azeem join forces with outlaws Little John (Nick Brimble) and Will Scarlett (Christian Slater) to save the kingdom from the sheriff’s villainy. Music composed by Bryan Adams and Michael Kamen.

Stupidity May Have Consequences

What Does A Holiday Mean To You?